As canon to the ordinary, Parnell will have both external and internal responsibilities, ranging from 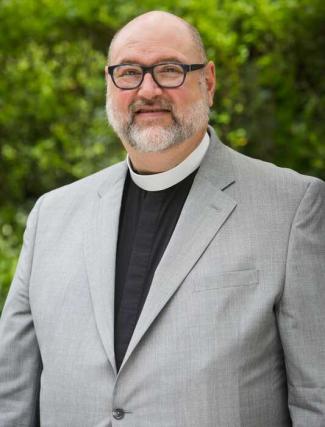 “Bill Parnell comes to us with an exceptional depth of experience in furthering Christ’s mission through diocesan and parish systems.  Those who’ve served with him describe Bill as smart, wise, kind and collegial.  We look forward to welcoming him to the Diocese of Massachusetts, and benefiting from his gifts,” Gates said.

The position includes oversight of the diocesan budget process and its integration with mission strategy, as well as oversight of legal affairs and case management for Title IV clergy disciplinary matters.  Parnell will oversee administration of Diocesan Convention and Diocesan Council, and serve as the bishop's representative at various board and agency meetings.

A recent realignment of staff reporting and team formation divides administrative oversight between the canon to the ordinary and the bishop suffragan, the Rt. Rev. Gayle E. Harris.  Parnell will oversee the diocesan development, communications, finance and human resources staff.  He will also work in partnership with Canon Libby Berman and the congregational development staff, and provide support for several strategic ministries.

“I am honored to accept the appointment by Bishop Gates as canon to the ordinary and eager to join him, Bishop Harris and the other members of the diocesan staff in serving the people of the Diocese of Massachusetts,” Parnell said.  “I look forward to meeting clergy and lay leaders in all of the congregations and ministries of the diocese and to supporting their efforts to be a vibrant Christian presence in their communities.”

He has served in his current position since 2010, advising and representing the bishop in matters of mission and outreach, building and maintaining administrative and organizational infrastructure for that work, and consulting on strategies for mission within the Diocese of New York, including regional collaborations, congregational redevelopment and church planting.

He has collaborated with other New York dioceses to develop a state Episcopal Public Policy Network, and has served as president of the New York State Council of Churches since 2014. His diocesan ministry has included facilitation of Jubilee ministries, Mission Enterprise Zones and focused mission initiatives that honor and celebrate diversity through training and leadership development.  He has overseen the New York Indaba process through which congregations were linked with one another to deepen understanding of the many varied contexts for ministry within the diocese.

Prior to his current diocesan position, Parnell served as rector, from 1994 to 2010, of Christ Church in Hackensack, N.J., a racially, culturally and economically diverse congregation, where he led growth in intentional giving, undertook numerous capital funds projects and founded Christ Church Community Development Corporation, Bergen County's primary provider of homeless services and developer of the "Housing First" model for the Bergen County Housing, Health and Human Services Center.

In the Diocese of Newark, he was an alternate deputy to the Episcopal Church's General Convention in 2006 and 2009.  He has been a mentor to recently ordained clergy, and is a General Ordination Examination reader with the General Board of Examining Chaplains.

Parnell holds bachelor's and master's degrees in philosophy from the University of Georgia, and a Master of Divinity degree from Virginia Theological Seminary.  He served while a seminarian at St. Patrick's Church in Washington, D.C., and at St. Botolph's, Aldgate in London.  He was ordained a deacon in 1989 and a priest in 1990, and was the assistant to the rector, from 1989 to 1994, at St. Mary's Church in Arlington, Va., before his call to parish ministry in New Jersey.