General Convention, the Episcopal Church’s bicameral governing body, meets once every three years to set the direction of the church’s mission and ministry, worship and liturgy, policies and budget.  Each diocese elects and sends four clergy and four lay persons to the House of Deputies--comprising more than 800 members total.  The House of Bishops comprises the church’s approximately 300 active and resigned bishops.

Visit the General Convention site for more information, including the schedule and materials.

Eternal God, who by the Holy Spirit presided at the council of the apostles to guide them in all knowledge and truth: Be present with those soon to be assembled in General Convention.  In the passions of debate give them a quiet spirit, in the complexities of the issues give them clear minds, and in the moments of decision give them courageous hearts.  Guide them in all things to seek only your glory and the good of your Church; through Jesus Christ our Lord. Amen.  (From The Book of Occasional Services, p. 179)

Resolutions:  Browse the topics coming before the convention, and track specific resolutions as they make their way through the legislative process here.

The Rt. Rev. Gayle E. Harris, Bishop Suffragan
Serves on the Legislative Committee on Environmental Stewardship and Care of Creation 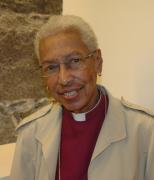 The Rt. Rev. Barbara C. Harris, Bishop Suffragan, Retired
This will be the 19th consecutive General Convention that Bishop Harris has attended.

"I look forward to an exciting convention which will be responding as a whole to the challenging direction that the presiding bishop has laid out for the Episcopal Church during the past three years."

•  Serves on the Legislative Committee on Governance and Structure

"I just completed an extended term on Executive Council in which (for the past three years) as chair of Governance and Administration I and my colleagues have worked to  provide structural and legal support to three goals affirmed by Presiding Bishop Curry and President of the House of Deputies Jennings: racial justice and reconciliation, creation care, and the Jesus Movement. As a member of Governance and Structure at this General Convention, I will work to continue to support these three goals and continue to pursue ways that we in the Diocese of Massachusetts can affirm them in our lives of service. I will also continue to recommend learning from the prophetic wisdom of Presiding Bishop Michael Curry and Bishop Barbara Harris stated many places including my new book: On Conversation: Michael Curry and Barbara Harris." 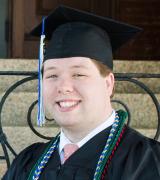 •  Serves on the Legislative Committee on Evangelism and Church Planting

"I am so excited to see all that General Convention will take on this summer. I am most excited for our work with evangelism and imagining how to be a better church today. Convention is a time to share our own experience of being church in eastern Massachusetts and learn from the experience of Episcopalians around the world. Austin, here we come!"

•  Serves as legislative aide to Committee on Social Justice and U.S. Policy

"I am honored to be your deputy and greatly looking forward to our time in Austin. Social justice and education have been at the center of my life as a Christian, so I am especially grateful for my legislative committee assignment. I am excited about coming together with others from around the world to build relationships, network and formulate policy around the issues of today, sharing our journeys, praying together and inspiring one another as we walk together in Christ."

•  Chair of Legislative Committee on Racial Justice and Reconciliation

"Of all the wonderful things happening at convention I'm most excited about the work/resolutions around mission/evangelism and racial justice and reconciliation. For me, it comes down to being drawn to how we can grow our churches and our diocese and how we can give everyone in our communities an opportunity to thrive regardless of where they come from. It's time we stopped being the best-kept secret and lived into our potential as a church to bring the Kingdom right now."

•  Member of the Dispatch of Business Committee, assigned to support the Prayer Book, Liturgy, and Church Music Committee expedite its legislative work.

•  Chair, Board of Trustees of the Church Pension Fund, effective after the conclusion of General Convention.

"I love being part of a church in which any member can testify about any subject. Granted, you have to travel to Austin, Texas, to do so, but isn’t it incredible that an Episcopalian, from any parish, can walk into a convention center, sign up outside of a meeting room, and tell her or his story about why a particular matter or resolution will make our church stronger, and more faithful?" 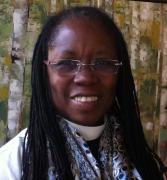 •  Member of the Legislative Committee on Racial Justice and Reconciliation

“I find General Convention to be an exciting time.  I am inspired when the church gathers from all over in all of its vibrant diversity.  Many people who are not able to gather in person watch from home supporting us with their prayers.  Convention is also a time of possibility and hopefulness as we pray, deliberate and worship together over the shaping and reconciling of our common life.  I hope that we will allow ourselves to be challenged and stretched by the vision of beloved community in the Episcopal branch of the Jesus Movement.” 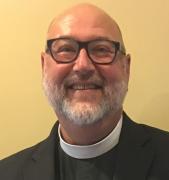 “General Convention is an important time for Episcopalians to gather to listen to and learn from one another, and to speak and act in ways that enrich our common life and aid our witness for justice and peace. I look forward to being a part of the Massachusetts deputation, having attended the past four General Conventions while serving in the dioceses of Newark and New York.” 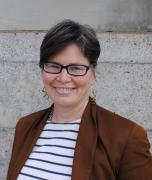 "This is an opportunity to be an instrument in the music of brave conversation.  We all have chances to show each other grace let's not give it up when that door opens."