The Diocesan Youth Council offers young people in the Diocese of Massachusetts a chance to grow as Christian leaders by organizing retreats, planning service projects and serving in positions of leadership in the diocese. Applications are now open for the 2021-2022 Diocesan Youth Council (DYC), which will look a bit different from past years, with new ways for members to cater to their individual interests and strengths.

The pandemic presented an opportunity to try something new, the diocesan missioner for youth and young adults, the Rev. H. Mark Smith, said in an interview, so DYC members this year have been able to choose to participate in one or more of the following groups within the DYC: One team focusing on organizing retreats and events for other young people; one focused primarily on church governance and being involved in Diocesan Council; and another working on social justice issues. 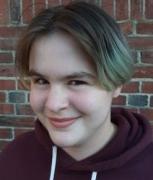 “This is an opportunity to build [something new] and we’re excited about that,” Smith said. “We try to create multiple ways for them to be involved according to their own passions, while as a group, embracing all of them.”

As a member of DYC, Cris Latorre from Trinity Church in Boston has been able to participate in Diocesan Council, and through that has been appointed to its Executive Council, and explained in an interview how he is grateful for both the opportunity to see some of the inner workings of the church, as well as to connect with other teenagers of faith in a safe community.

“Through this, I’ve even become more active in my own church,” Latorre said. “I feel more motivated because I feel more connected to the church as a whole and I’ve become a more active member of my parish community.

“I think being in DYC has helped shape the way that I interact with people, and they’re such a loving community and really accepting, so I really appreciate that I’ve had that positive influence,” Latorre said. “Everybody who’s there really wants to be there. It’s a very involved community. We’re all there because we really want to be in that space.” 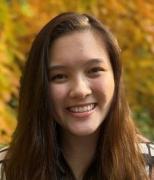 Amy Stephen from St. Dunstan's Church in Dover is a current member of DYC who has been deeply involved with planning DYC events and retreats, and said in an e-mail that she loves volunteering to lead and facilitate group discussions and tries to make group activities fun and unique so that participants not only work on their relationship with God, but develop new ones with other young people.

“I think the most important skill I’ve learned is how to be a leader and allow others to exercise their strengths. DYC taught me that the best leaders encourage others to lead and participate rather than dominate the conversation or activity,” Stephen said. “We’ve enabled teenagers to further their faith, and in turn develop values and standards that fuel their goals and purpose.”

Tammy Sobers has served as a mentor for the Diocesan Youth Council for about three years and explained in an interview how she has seen the DYC allow young people to have a safe place to grow and develop personally, as well as share different perspectives with other young people in the diocese.

“I think it’s great to really see youth take ownership of different activities around their faith, and I think they really enjoy having the ability to lead and also having the space to not have everything be perfect,” Sobers said. “I think it’s a space where if they have something they’d like to pursue in a safe environment and a faith-based community, this is a good place for that.” 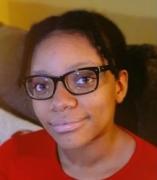 Alisha Gonzales from St. Luke's Church in Fall River is one of the DYC members who has been focusing on social justice issues. In picking a focus to put their effort and energy behind, they decided on food insecurity, and through the #GiveHealthy platform--whose aim is to give healthy foods--they organized a food drive and raised more than 500 pounds of food to donate to the Greater Boston Food Bank.

“We ended up picking food insecurity because with COVID and everything, we realized that this was a major problem within our communities,” Gonzales said in an interview. “We actually spent time learning about the food system, we learned more about food waste and then we put together a project to help raise money and ended up raising over 500 pounds of food. I was just like, this is amazing. We have a certain power [as young people] and we are able to make change."

DYC is a fun opportunity to get to know new people, step out of your comfort zone and help make change in the church, Gonzales said.

For more information, contact the diocesan missioner for youth and young adults, the Rev. H. Mark Smith, at hmsmith@diomass.org.