Twenty-seven Becoming Beloved Community grants supporting the work of racial healing, justice and reconciliation were recently awarded by The Episcopal Church’s Executive Council, two of which will support projects here in the Diocese of Massachusetts. 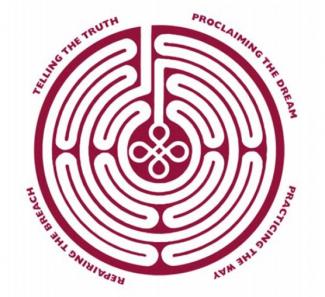 According to a July 19 media release, the grants may be used for work in the following areas: telling the truth about our churches and race; proclaiming the dream of Beloved Community; practicing Jesus’ way of healing and reconciliation; and repairing the breach in institutions and society.

A $7,000 grant was awarded to the diocesan Hispanic Ministries Committee and St. Mary’s Church, Dorchester, for their project, “Nuestra Verdad” (Our Truth).

In an interview, the Rev. Edwin Johnson--who serves as rector of St. Mary’s in Dorchester and chair of the Presiding Officers’ Advisory Group on Beloved Community Implementation--explained that this work is exploring issues of race and racism within Latino and Hispanic communities both locally as well as on a larger scale.

“There’s this general sense that we all share many common experiences--whether it’s immigration, whether it’s learning the language--and so because of that we don’t have these problems, when in reality we do,” Johnson said. “We wanted a chance to learn more about who we are [and] how everybody identifies--because Latino is an ethnicity, not a race--and so we’re taking this chance to do an audit of sorts, and then, after that, we’re going to start digging into some of these stories and figuring out: What is the racism that we face within the Latino and Hispanic communities? What is the racism we face outside of it?

“I think this is important because unfortunately, within the United States, a lot of talk of race is really focused just on Black and white, and because of that, many Latinos of all races--even those who call themselves white or who call themselves Black--have felt that there isn’t space for them or that this struggle isn’t something they can really connect to,” Johnson said. “We’re really excited to stop just making assumptions and to learn more and hope, once we get a sense of ourselves, we can figure out our larger role.”

A second Beloved Community grant of $8,750 is for Godly Play’s “Beloved Me, Beloved We” initiative, whose goal, according to the grant application, is to “Delightfully and prophetically inspire brave spaces so that every child who comes close to Godly Play encounters a felt sense of their inherent worth and dignity as one uniquely and fully created in God’s image (Beloved Me) and co-creates a way of being and inspiring inclusive communities which celebrate the diversity of God and God’s creation (Beloved We).”

The Rev. Cheryl Minor, the co-rector of All Saints' Church in Belmont, serves as director of the Center for the Theology of Childhood, the academic/publishing arm of the Godly Play Foundation.

In an interview, Minor explained how this grant will fund the first part of the larger “Beloved Me, Beloved We” initiative, beginning with a full audit of Godly Play storytelling and training curricula for implicit bias.

“When George Floyd was murdered in the summer of 2020, the [Godly Play] foundation began to talk about ways that we could make a real difference in society when it comes to that kind of violence against people of color,” Minor said. “We sort of had to come to grips in our complicity in it, if you will, by helping to create implicit bias as we work with children on stories, and we said, ‘OK, well we really need to do some soul searching as an organization.’”

An antiracism task force began working in December 2020 to make recommendations to the board regarding antiracism in the organization; that task force then broke up into committees looking at everything--including training, curriculum and materials, and organizational culture--to create a plan for this work moving forward.

Part of the grant money will be used to recruit and compensate a diverse team to go on a retreat to come up with a list of recommended changes to Godly Play stories, methods and materials.  Then the next step is to recruit churches across the country to pilot the changes before final recommendations are created.

“The original Godly Play curriculum is over 30 years old and the materials that were created 30 years ago obviously need to be updated-- and we know that--but that takes time and takes thoughtful artists and collaborators,” Minor said. “We worked for about six months as a task force, and there’s a vision that has been cast that is challenging but also energizing for those of us that really want to make a difference. I’m excited about that challenge because we can really speak to the church in a powerful way about how to do this work and how to do it well.”