Bishop Alan M. Gates has announced the appointment of the Rev. Martha L. Hubbard to serve as a regional canon in the Diocese of Massachusetts, with two additional appointments to be made in upcoming weeks. 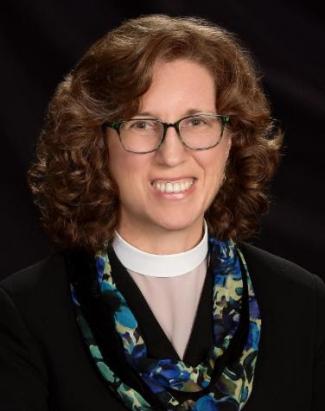 Each of the three regional canons will serve a geographic area of the diocese encompassing four deaneries and will have three primary responsibilities:  lay leadership support and development in congregations; transition ministry with congregations and clergy involved in search processes for new ordained leadership; and clergy wellness and family support.  The three regional canons will live and work within their respective geographical regions.  They will serve as members of the bishop's senior leadership team and will report to the canon to the ordinary.

The Rev. Martha Hubbard, currently the rector of St. Paul's Church in Newburyport, will serve as canon for the Northern and Western Region comprising the 57 congregations, as well as other church-related institutions, in the diocese's Merrimack Valley, North Shore, Mystic Valley and Concord River deaneries.  Her anticipated start date in the position is Sept. 10.

This new regional canon staffing structure is a result of the diocesan mission strategy development process begun in 2015, which surfaced a desire in congregations for closer connections with one another and with diocesan staff.  (Find the mission strategy adopted by the Diocesan Convention in 2016 here.)

The search process for regional canons got underway at the end of February, after three regional listening sessions were held in January to help refine the regional canon job description.

The Rev. Martha Hubbard brings to her new role 25 years of parish leadership experience and a dedication to education and formation as central to congregational development.  She has been the dean of the Merrimack Valley Deanery since 2016 and has been active in deanery leadership as a co-convener of the deanery assembly.  She is a founding member of the Lower Merrimack Valley Collaborative of six Episcopal churches seeking congregational vitality and development together.  She is also a past president of the Barbara C. Harris Camp and Conference Center Board of Directors and has been a mentor in the Making Excellent Disciples Program.

"Martha Hubbard has demonstrated significant gifts for exercising creative models of parish ministry," Gates said.  "The Lower Merrimack Valley Collaborative, of which Martha has been a key leader, reflects an emphasis on joint ministry, collegiality and mutual support--just what will be needed from our regional canons.  Her service as deanery dean has engendered the respect and gratitude of her colleagues.  I am so pleased that she has accepted my appointment as canon for the Northern and Western Region."

"I am honored to be called to serve as the regional canon to the Northern and Western Region of our diocese. I’m so looking forward to working with the lay and clergy leaders of this region. My prayer is to be a resource and support as we continue to find creative and life-giving ways to serve God and draw others into the Episcopal Church in this part of our diocese," Hubbard said.

Prior to her call as rector of St. Paul's Church in Newburyport in 2007, she served for four years as the rector of St. Augustine of Canterbury in Wiesbaden, Germany, and was a member of the Council of Advice to the Bishop of the Convocation of Episcopal Churches in Europe.  She also served for eight years as the rector of St. Mark's Church in Penn Yan, N.Y.  While in the Diocese of Rochester, she chaired its budget committee and was a bishop search committee member.

She holds a Bachelor of Arts degree in psychology from SUNY Albany and a Master of Divinity degree from Berkeley at Yale Divinity School, where she was the recipient of its Muehl and Mersick preaching prizes.  She was ordained to the priesthood in 1994 in the Diocese of Western Massachusetts and served as curate at the Church of the Atonement in Westfield, Mass.  Before attending seminary, she was a probation officer in Albany County in New York, working in both adult and juvenile court units.