“No small thing:” 20 years of B-SAFE and time to celebrate 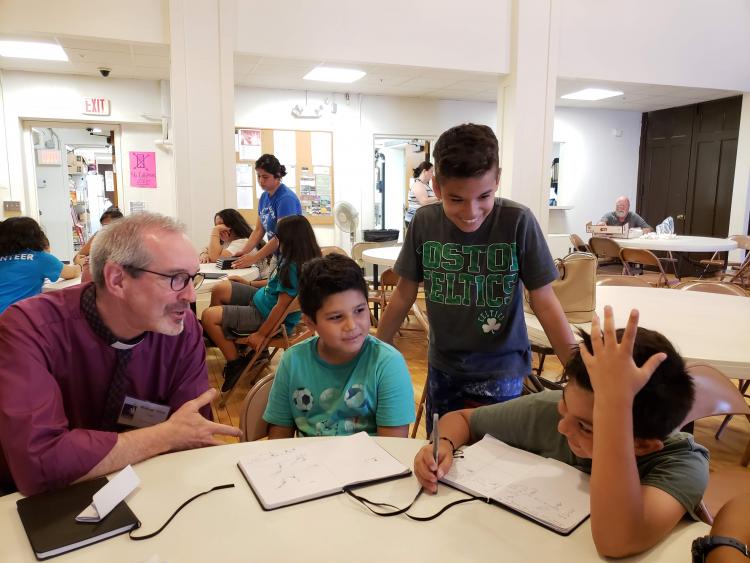 By the numbers, B-SAFE is nearly 700 city children and youth learning and having fun together in a safe community environment over five weeks in July and August at six Episcopal school and church sites in Boston's South End, Roxbury, Mattapan and Dorchester neighborhoods and in Chelsea--all with the support of 50-plus Episcopal churches from eight of the diocese's 12 deaneries, whose volunteers provide daily lunch and snacks, read books with the kids and organize Friday field trips.  It's also 150 teen jobs for counselors and junior counselors in training. 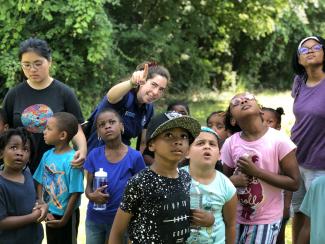 But the big number this year?  Twenty.  B-SAFE--short for Bishop's Summer Academic and Fun Enrichment program--turns 20 this year and plans to celebrate in July with a day of fun and games at Carson Beach in South Boston for everyone involved with B-SAFE.

Twenty was also a big number back in 1999, when what would become B-SAFE was still a start-up day camp at St. Stephen's Church: That first summer, St. Stephen's gathered 20 children who needed a safe place to go at a time when the neighborhood was a hot spot for gang violence.

In a word:  "Amazing," said the Rev. Tim Crellin in a recent conversation about B-SAFE's 20 years.  He is the vicar of St. Stephen's Church (where he got his own start in 1991 as a youth worker) and the executive director of the now year-round St. Stephen's Youth Programs of which B-SAFE is a critical component.

A lot has changed over the past two decades, with gentrification in and around his mission church's South End neighborhood, but the gap between rich and poor in the city has only grown, Crellin said, and summer is still a problem for low-income families.  "All of our sites are full and we have a huge wait list for teen jobs, so I think the need for safe, meaningful summer programming is as strong as it's ever been," he said. 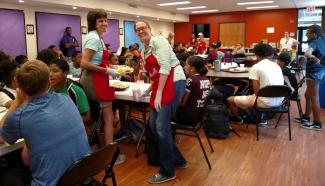 Crellin credits the many partner churches from across the diocese for helping to make 20 years of B-SAFE possible and, in turn, its exponential impact on the lives of vulnerable children and youth.  It's also mission strategy in action, he said, as it continues to draw Episcopalians together across geography and difference to build relationships, engage the world and, in the process, reimagine what church can look like.

"It's not a small thing," Crellin said of the time, energy, money and care that Episcopal churches offer to B-SAFE every summer.  "We're just so grateful that people continue to take that on and see it as an important part of what they do.  For a lot of partner churches, it is one of their main outreach activities for the year, and they do it, I think, because they love it.  That's one of my favorite things about it, and has been since the beginning."

His words of advice for those who feel a call to new mission?  “Open the door, invite people to come in, and listen to them, hear what they think they need and see where you can work with people.  We started with 20 kids.”

B-SAFE’s 20th summer of programming runs from July 9 to Aug. 8 at St. Stephen's Church in Boston, the Church of St. Augustine and St. Martin in Roxbury, St. Mary's Church and the Epiphany School in Dorchester, the Church of the Holy Spirit in Mattapan and St. Luke's-San Lucas Church in Chelsea.  Learn more and follow along via the program's blog here.