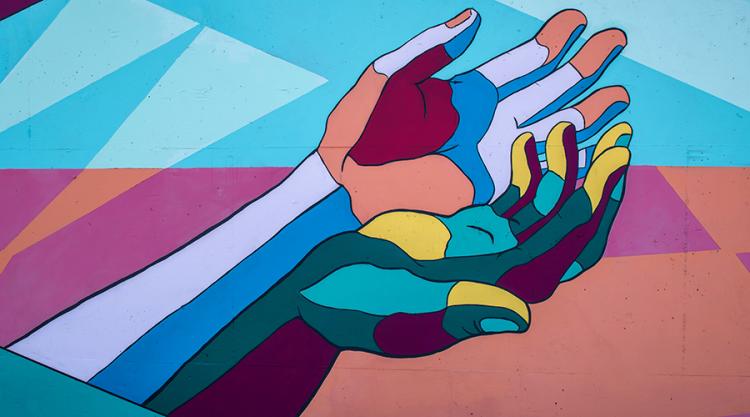 The diocesan Racial Justice Commission will begin rolling out new resource materials for congregations at Diocesan Convention in November, following a year of deliberative effort by five subcommittees to lay foundations for the long-term work of reckoning with and eradicating racism in the Episcopal Church in eastern Massachusetts.

"This year has been about mapping out what we can offer to churches," the Rev. Natalie Thomas of St. Barnabas's Church in Falmouth said in an interview in August.  She and the Rev. Noble Scheepers, interim rector at St. John's Church in Westwood, co-chair the Racial Justice Commission, which is the diocesan body appointed by the bishops to lead and implement the diocese's racial justice and reconciliation efforts.

"This is long work, transformational work, that is about helping our diocese and congregations make systemic changes that will have a lasting impact.  With the help and expertise of Canon Jean Baptiste Ntagengwa on the diocesan staff, the Racial Justice Commission has been intentional over these past months about trying to structure the work in a way that leads to long-term shifts in our diocese," Thomas said.  "We're really glad that by Diocesan Convention we're going to have some resources for congregations, because our churches are really the holders of culture at the local level.  The changes they implement in their local contexts are going to lead to a more racially just church."

Local, contextualized practices at the congregational level, she said, will inform the larger-scale conversation about racism called for by the diocesan mission strategy, practices such as partnerships between BIPOC (Black, Indigenous and People of Color) congregations and white congregations, sharing retreats and combined worship, "Courageous Conversation" programs and book studies.

In the lead-up to Diocesan Convention, the Racial Justice Commission will be spotlighting the priorities and progress of its five subcommittees.  Two such spotlights are featured in September, one on reparations (read it here) and another on support for BIPOC leaders, congregations and communities (read it here).

October spotlights will provide updates from subcommittees working toward transparency and accountability in organizational practices and processes; the just allocation of financial resources and compensation; and a rethink and reprovision of formation and liturgy resources considered from an antiracist point of view.

"Each of the subcommittees is unique in what it can offer, and it is all a part of courageous conversation that is still gaining momentum, both around truth and reconciliation as well as racial justice," Scheepers said in the August interview.  "In addition to the five subcommittees, the Racial Justice Commission is committed to amplifying racial justice work throughout our diocese.  That has included participating in and supporting multicultural celebrations and commemorations that have been organized recently at the diocesan level through the Office of Immigration and Multicultural Ministries.  That's one of the areas we've been fortunate to be connected and involved with.  As a person of color, I see that kind of visibility as really important."

The Racial Justice Commission has also been working to dovetail its efforts with the several mandates of Diocesan Convention resolutions adopted last November:  To address the neglect of the seven historically Black churches of the diocese; to make recommendations for the creation of a reparations fund in acknowledgment of and repentance for the sin and legacy of slavery; and to provide a “toolbox” of resources to help the diocese’s congregations and organizations examine their historic involvement in, and financial assets derived from, the forced labor of enslaved people.

Taking time to build working relationships with governance and leadership groups and ministries within the diocese is critical to moving the work forward, Scheepers and Thomas said.  "We are extremely grateful for groups like the Trustees of Donations, the diocesan Budget Committee, among others, for their cooperation."

Questions and inquiries to the Racial Justice Commission co-chairs are welcome:  The Rev. Natalie Thomas (nefinstad@gmail.com) and The Rev. Noble Scheepers (noble23r@gmail.com).  The Rev. Canon Dr. Jean Baptiste Ntagengwa, Canon for Immigration and Multicultural Ministries, can be reached at jbntagengwa@diomass.org.

Photos by Tim Mossholder on Unsplash