Members of the Latin America Network are faced with some startling statistics. One in every 113 people globally is now either an asylum-seeker, internally displaced or a refugee–a level of risk that surpasses even World War II precedent. While global attention has gone to the largest war zones–Syria, Iraq and Afghanistan–the deadliest region in the world is far closer to home, according to network members. In 2015, there were 17,500 violent deaths in Central America’s Northern Triangle (NTCA)–comprising of El Salvador, Guatemala and Honduras–and an estimated 1 million people were displaced by violence in the NTCA and southern Mexico.

While Latin America is a large and varied geographic area, much of Latin American reality is shaped by violence–from a shared history of civil wars to a present dominated by gang violence, forced displacement and human trafficking.

Members of the Latin America Network are interested in how best to accompany their respective partners in their journey toward a world with human rights, liberation, reconciliation, justice and peace.  There is also an interest in engaging local communities of refugees and asylum seekers from Latin America, as a way to learn, to support and to accompany Latin Americans in our midst.  Click here to read the resolution adopted at the 2015 Diocesan Convention. 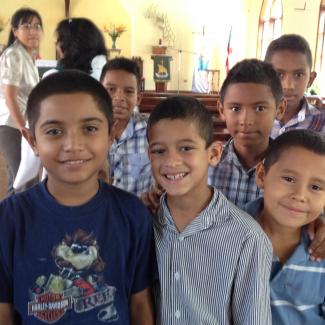 The following congregations maintain relationships in Latin America.  Collaborative partners from the Diocese of Massachusetts are listed below the lead grant recipient.  These partnerships have led to partner-initiated projects focused not only on building relationships and sharing faith, but also on supporting and improving access to food, education, medical care and economic development. 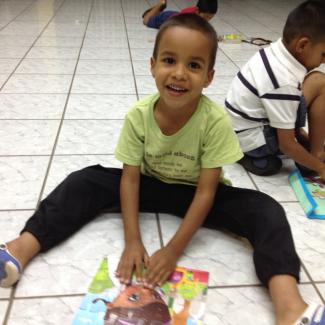 For more information, e-mail the Rev. Holly Hartman at hhartman@diomass.org.