Bishop Alan M. Gates has announced the appointment of the Rev. Kelly A. O'Connell as the regional canon for the Southern Region of the Diocese of Massachusetts comprising the 56 congregations in the South Shore, Taunton River, Mt. Hope-Buzzards Bay, and Cape and Islands deaneries. She will be relocating to Massachusetts from the Diocese of Los Angeles, where she is the rector of St. Stephen's Church in Santa Clarita.  Her anticipated start date is Oct. 1. 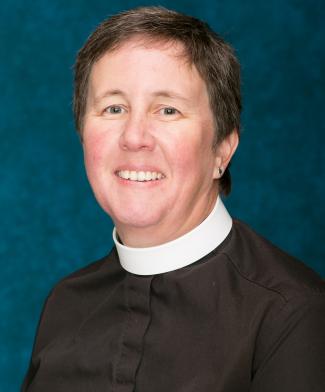 O'Connell has 18 years of experience in parish ministry, is committed to inspiring church leaders to engage deeply in the work of the Gospel through collaboration with their communities and has provided community leadership in areas of homelessness, hunger, human trafficking and LGBT youth.  She is a co-dean for the Diocese of Los Angeles's Deanery 2 and is president of the St. Stephen's Preschool Board.

She will serve together with the Rev. Martha L. Hubbard, recently appointed canon for the Northern and Western Region, and a third canon, still to be named, for the Central Region.

Before she was called as rector of St. Stephen's Church in Santa Clarita in 2012, O'Connell served for seven years at St. Mark's Church in Toledo, Ohio, first as priest-in-charge and then as rector.  While there, she led a two-year discernment process that resulted in a successful merger with a neighboring inner-city parish.  In the Diocese of Ohio she was a member of the Diocesan Council Executive Committee overseeing mission strategy initiatives, and was treasurer and then president of FOCUS, a nonprofit serving homeless families.

O'Connell holds a Bachelor of Arts degree in biology and music from Kenyon College and a Master of Divinity degree from Episcopal Divinity School.  She was ordained to the priesthood in 2000 in the Diocese of Massachusetts and worked as the church administrator at Old Cambridge Baptist Church and as bishop's aide to the late Rt. Rev. M. Thomas Shaw, SSJE before being called to St. Anne's-in-the-Fields Church in Lincoln, where she served for four years as associate rector.  She was then appointed interim rector of St. Luke's Church in Scituate and served there for a year prior to her call to the Diocese of Ohio.

"Kelly O’Connell has two decades of experience in parish ministry in three dioceses, including service as a deanery dean in the diocese of Los Angeles.  Her work has been characterized by imaginative leadership, intergenerational commitment and strong community engagement.  The varied socio-economic settings of her past ministry, and her demonstrated commitment to collaborative relationships amongst clergy and congregations will equip her to serve us well as regional canon.  We look forward to welcoming her back to the Diocese of Massachusetts," Gates said.

The new regional canon staffing structure is a result of the diocesan mission strategy development process begun in 2015, which surfaced a desire in congregations for closer connections with one another and with diocesan staff.  (Find the mission strategy adopted by the Diocesan Convention in 2016 here.

Each of the three regional canons will serve a geographic area of the diocese encompassing four deaneries and will have three primary responsibilities:  lay leadership support and development in congregations; transition ministry with congregations and clergy involved in search processes for new ordained leadership; and clergy wellness and family support.  The three regional canons will live and work within their respective geographical regions.  They will be members of the bishop's senior leadership team and will report to the canon to the ordinary.

“Even with all the social media and technology available to us, it is easy to feel disconnected from one another and from the diocesan offices," O'Connell said.  "As one of the new regional canons, I am looking forward to getting to know the parishes of the southeastern part of the diocese and imagining with them how God is calling us to connect with one another. I believe this model of diocesan ministry will serve to knit us together in new ways and draw us closer together as a diocesan family. I can hardly wait to get started.”